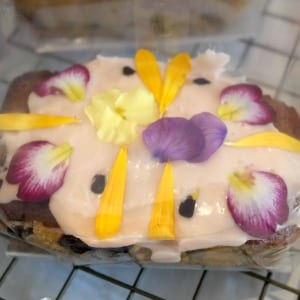 Mothering Sunday is a traditional Christian festival that falls on the middle or 4th Sunday in Lent, this year it is Sunday 15 March. Each year it changes depending on where Easter falls and has been celebrated since the 16th century.  This is different to Mother’s Day, an American invention which falls on the second Sunday in May.

Mothering Sunday is also known as ‘Refreshment Sunday’, ‘Pudding Pie Sunday’ or ‘Mid-Lent Sunday’ and is the day in the middle of Lent when the fasting rules were relaxed in honour of the ‘Feeding of the five thousand’ story in the Christian Bible.

Festivals celebrating the Mother figure have been around for far longer than Christianity and one celebration dates back to Roman times. The Roman Spring festival fell at the same time of year and they celebrated Cybele, their Great Mother of the gods. The Greeks held a similar festival to Thea, the mother of many of their deities.

Mothering Sunday became popular in the 17th century when apprentices and boys and girls ‘in service’ were given one day off a year so they could return home for the day to visit their mothers and their ‘mother’ church, where they were baptized. Children as young as 10 years old were put into service usually with the local landed gentry, they were given free board and lodging and a small salary with one day off a year.

This journey home could be very long and the housekeeper or cook would usually allow the servants to bake a cake, usually a fruit cake with marzipan known as Simnel Cake, or frumenty, the predecessor of our Christmas Pudding, a thick boiled wheat dish made with either meat broth of almond milk and served at the family dinner.

The cakes were not eaten until Easter due to the rules of Lent and traditional Simnel Cake has a layer of marzipan on top of the cake with 11 marzipan balls that represent the 12 disciples less Judas who betrayed Jesus.

People who visited their mother church would refer to the visit as going ‘a mothering’, it is thought that this is where the term Mothering Sunday comes from.

Mothering Sunday is celebrated around the world. In France children give flowers to their Mothers and Grandmothers. In Bulgaria it falls on the same day as International Women’s Day. In Thailand it is a National Holiday and falls on the same day as Queen Sirikit’s birthday, people are encouraged to take their mothers out for dinner to say thank you for life long sacrifice.

In America the creation of Mother’s Day originate from newspaper report in 2013 by Anna Jarvis (1864-1948), whose mother died on 9 May.  Anna regretted the commercialisation of the day which was created to honour and remember mother’s everywhere.

In her own words  “A printed card means nothing except that you are too lazy to write to the woman who has done more for you than anyone in the world. And candy! You take a box to Mother—and then eat most of it yourself. A pretty sentiment.”

In America it is the most popular festival after Christmas and Valentine’s Day.

So forget about the card and a grotty bunch of flowers from the petrol station, make something with love and give it to your Mum…..just don’t eat it all yourself.