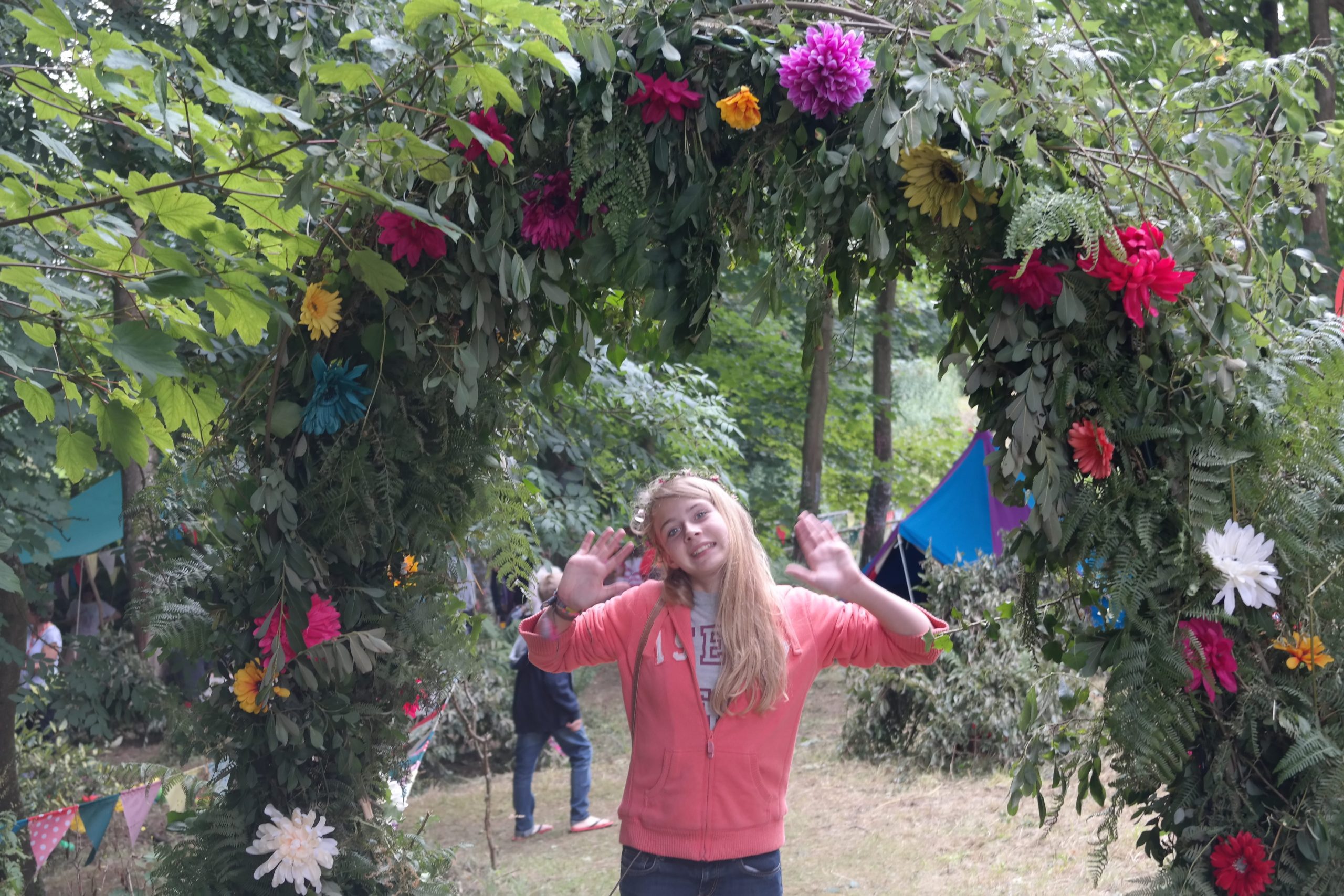 This is the first time I have made it to Camp Bestival on the Thursday.  I usually send Pete and Small Boy down on Thursday to put up the tent and I arrive with the girls on Friday lunchtime having deposited the dogs at their Aunty Sue’s for a holiday weekend.  On Thursday our friend Grant cooks for everyone.  I love it when someone else cooks so this year I was determined to get there on Thursday so I could sit back and eat his yummy food.

The lads got there before us and in past years Thursday has been very quiet.  We are in Camping Plus so none of that fighting for pitch and waking up in the morning with someone else’s tent pitched on top of yours with a head sticking in your bed room space.  This is civilised.  Or rather, it’s meant to be.  I did witness a couple of ‘pitch wars’ going on.

1. Where someone had their tent pegs and ropes in someone else’s pitch.  It’s pretty clear, you pay £120 for a pitch that is outlined in thick white lines and you’re meant to keep within the lines, that’s your area for the weekend and you’ve paid for it.  If your tent is bigger than the line you buy two pitches.  This is what we do as we have a massive tent and it won’t fit on – actually we buy two and Grant buys one so we have three next to each other so we can sort out the cooking stuff together.  It really hacks other people off when they pitch their pegs and ropes on your territory.

2.  Someone had pitched in the wrong pitch.   A lady had booked two pitches together and was explaining to the bod that this tent was in the wrong place.  He agreed but said he couldn’t ask them to move (why not?  They’ve pitched in the wrong place, flipping move it!) She explained, without raising her voice (not sure I’d be that calm) that she needed two pitches together as they were pitching with friends and sharing food/cooking stuff and couldn’t do this on separate pitches.  Not sure how this was resolved but 3 hours and 3 loads later she was still talking to bods (multiple appearing now) and still hadn’t pitched her tent, it was now 6pm and I was feeling very sorry for her.

Anyway, our tent was up, Grant’s tent was up, food out, Grant cooking, wine served, sorted.  Posh new loos on site, with the words ‘eco’ friendly and ‘no water systems’…..worried, I had reason to be.  They lasted all of 10 minutes.

By 8pm Camping Plus must have been 80% full, we were parked where we parked last year arriving on Friday lunchtime and we got there at 2pm Thursday.  The lads said they’d never seen it this full on a Thursday, the reason they arrived on Thursday is that it was empty with most people arriving Friday, not this year.   The loos lasted until about 8pm then they broke leaving a 20 minutes queue and only 2 loos working for our bit of the site – joy!

Sitting under the stars with cocktails feeling smug that I’d packed the Bog in a Bag and allocating the area at the back of the tent the ‘boy loo’ zone we were sorted.  All we needed to do now was yell at any kids who thought they’d try and scoot through our pitch – it’s ours, we’ve paid for it, walk round you horrible lot, it’s really rude to walk through someone else’s pitch, etc oh, and I wouldn’t walk there as that’s the emergency loo? See what I mean, pitch wars.

Finally, Big Girl was left at home on her own for the first time ever as she wanted to come down on Friday by train with her friend Anastasia.  On the basis that she’s almost 17 and was very well behaved on holiday we agreed.  This didn’t get off to a good start when I had a phone call at 4pm to say that she’d forgotten to take her keys with her and she was locked out and currently at her Nanas………OK so you’re old enough and responsible enough to stay at home on your own are you?