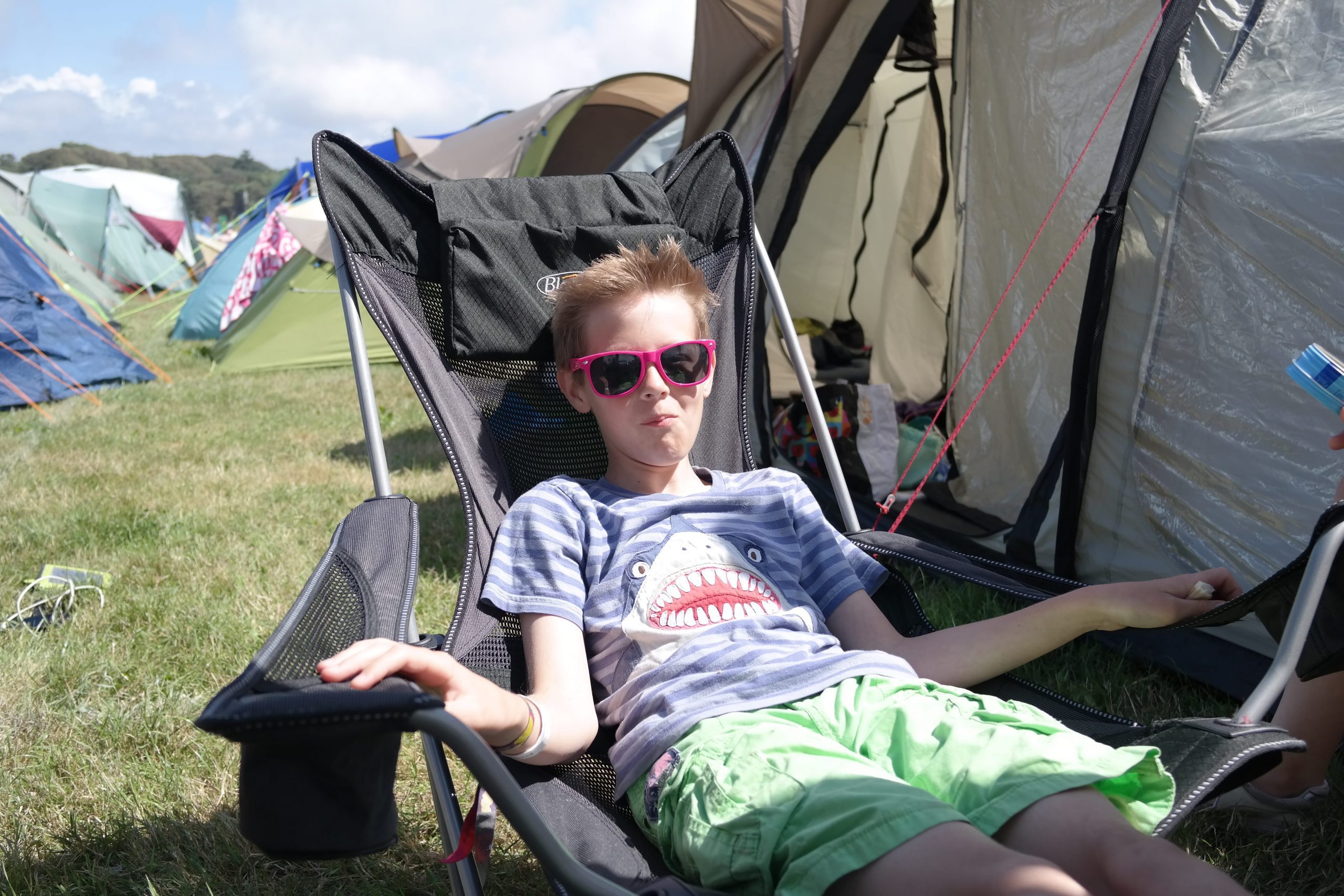 Saturday was always going to be difficult, it wouldn’t be if I would ever learn and just stick to my guns and stay at one stage, but no, I don’t and still try and get everything in. so the plan was:

4pm – Cuban Brothers – Castle stage then mad run over to the other field to get to…..

8.30 – Kid Creole and the coconuts – Castle Stage then run back to Big top to get to…

Now in reality this was never going to happen so what did happen?

pent ages putting on false eyelashes (it’s a festival!) then eventually made it down to the site where the teenagers had glitter make up sorted and rushed like crazy to make it to Gabrielle Aplin – yes I know she wasn’t on until 2.45pm but we had stayed up late drinking red wine and the big teenagers had a 1am curfew.  Actually the big girls were now back at the tent sleeping off the fact they’d got up at 11am to eat bacon butties and that was a bit early.

Lounged around listening to Gabrielle Aplin, perfect for a sunny Saturday afternoon. Stayed put for The Cuban Brothers who were great as usual.  I then knuckled down to work and interviewed the Cuban Sisters and had to go straight to the Artiste’s area back stage to interview Miguelito from The Cuban Brothers – the interview is here.

Completely missed Ethan Ash due to the interview with Miguelito, apparently he had a bad trip to Camp Bestival, moaned on a bit too much but his music was great according to the girls anyway.  He made Daisy’s day as she was up front and he recognised her from the week before at Latitude – just don’t moan on so much Ethan, we love your music and really hope that your single does well.

Met up with everyone and went off to the Young British Foodies Tent to do some interviewing and check out what was going on there, food is the theme.  Venison – husband in heaven, fabulous pizzas for Medium girl and the best macaroni cheese (apart from my own) for Small Boy, I opted for the moroccan chicken wraps, flipping gorgeous.  Yep the YBF tent is the foodie place to be.  Having such a good time with the food we totally missed Mark Owen.

Caught a bit of Clean Bandit who sounded fab and could have done with staying but Kid Creole was calling and did a great set on main stage.  The we dashed straight back to Molotov Jukebox.

They were bloody brilliant, probably the next best thing to David Rodigan yesterday, and the best of Saturday, fabulous music, upbeat, you so have to listen to them and catch them if they’re playing near you, it’s worth it.

I’d had enough of walking and just couldn’t be pestered to go back to the Castle Stage so we all ended up at Mr Teas for hot chocolate with the intention of catching Grandmaster Flash at 11pm.  He was put off until 1am so we headed back for late night red wine to listen to the Wagamama lounge until 1am when Grant went back to catch him.  Big girls came back for their 1am curfew and as they’d been so good we offered them a 3am extension to go back to see Grandmaster Flash…..they said they were tired and going to bed!  Lightweights, I’d never have turned down a later curfew when I was their age, worried about what I’m breeding here.

Some footage from Camp Bestival is here.