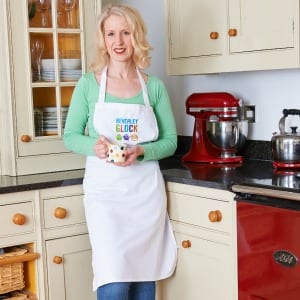 Mealtimes are an important part of the day to me, a time when the whole family can share their daily stories, experiences, woes, achievements so that we can laugh, joke, commiserate, or just chat with each other and catch up on what’s been happening at school, college or work. This ‘ideal’ suppertime doesn’t take place every evening. Children come in from school at different times, as a Mum we’re busy operating the ‘Mum’s taxi service’ and ferrying children between after school activities, sports, music lessons, friends houses, etc, plus a lot of us Mums work and have to juggle that around children’s lives too. Then there’s Dads and partners, quite often they come in much too late to sit down with the children and all eat together so the concept of everyone eating together gets relegated to the weekends maybe.

However, the research conducted by Philips AirFryer recently was shocking;  2.36 million extra meals each week across England are made for picky children.  That’s 20% nationally and 22% within London, so as well as running ourselves ragged we’re cooking twice, that’s crazy, ladies this has to stop.

I fed my children the same food that their Dad and I eat so if I’m making a chilli I’ll make it without and chilli powder and serve it with a bottle of chilli sauce on the side so everyone can ‘heat’ it up to their own taste.  The children will eat before they have to shoot off to activities, etc and there will be some left for my husband when he gets in later, the only downside is that I’ll have to make two lots of rice, but that doesn’t take long and it’s much easier than making two different meals.

If children are offered an alternative when they refuse to eat the same as the rest of the family they’ll learn from a very young age that this is acceptable behaviour, once that’s happened it’s very difficult to go back. So don’t offer an alternative and with a bit of planning ahead for mealtimes your life should be easier.

London parents say that their children are so demanding that 39% of those interviewed by Philips AirFryer believe that their children would be more critical of the meals cooked than a celebrity chef or food critic would be.  This could be due to the fact that parents are not making meals from scratch from fresh or storecupboard ingredients.

With a little careful meal planning and the new fabulously helpful kitchen gadgets available on the marketplace, mealtimes no longer have to be a chore for busy parents, encourage the children to get involved with mealtime decision making that way they’ll feel more involved and inclined to try new ideas.

My Time Saving Tips for Parents when Planning and Preparing Meals

Discuss with your family what they would like to eat – give them one night a week each where they have what they want on the proviso that every family members has the same thing. You could even encourage the children to look through cookery books or magazines, or even research on the internet a new dish every week or two weeks that they’d like to try. This should save time on disagreements later in the week.

Invest time in planning for the week by writing down the meals you’ve decided to cook and the ingredients required for each recipe before you do your food shop.  As well as saving you time, you’ll save money in the long run too as you won’t be tempted to buy more food than you need. You’ll also cut down on those last minute ‘what’s for dinner?’ panics and be less tempted to reach for those frozen ready meals. If you’re looking for inspiration, visit www.philips.co.uk/kitchen.

Prepare the ingredients as much beforehand as you can, and get all the family involved.  If you have older children who get home before you finish work, ask them to start prepping the meal before you arrive. Jobs such as peeling the potatoes or other vegetables can save you a lot of time in the long run.

Cook twice as much as you need and either refrigerate or freeze the surplus, so you can feed your family with two servings. Doubling up on recipes and freezing what you don’t eat now can also help create meals for those occasions where time is not on your side! At least that way you have peace of mind that there’s food to feed the family in the freezer ready to go.

Use leftovers effectively. Make more roast potatoes, Yorkshire Puddings and vegetables when you cook a Sunday roast, reheat it on the Monday with fresh gravy and turn it into Bubble and Squeak. You could even use the leftovers to make soups, stir fries or noodle-based dishes which are quick and easy to prepare if you have planned in advance.