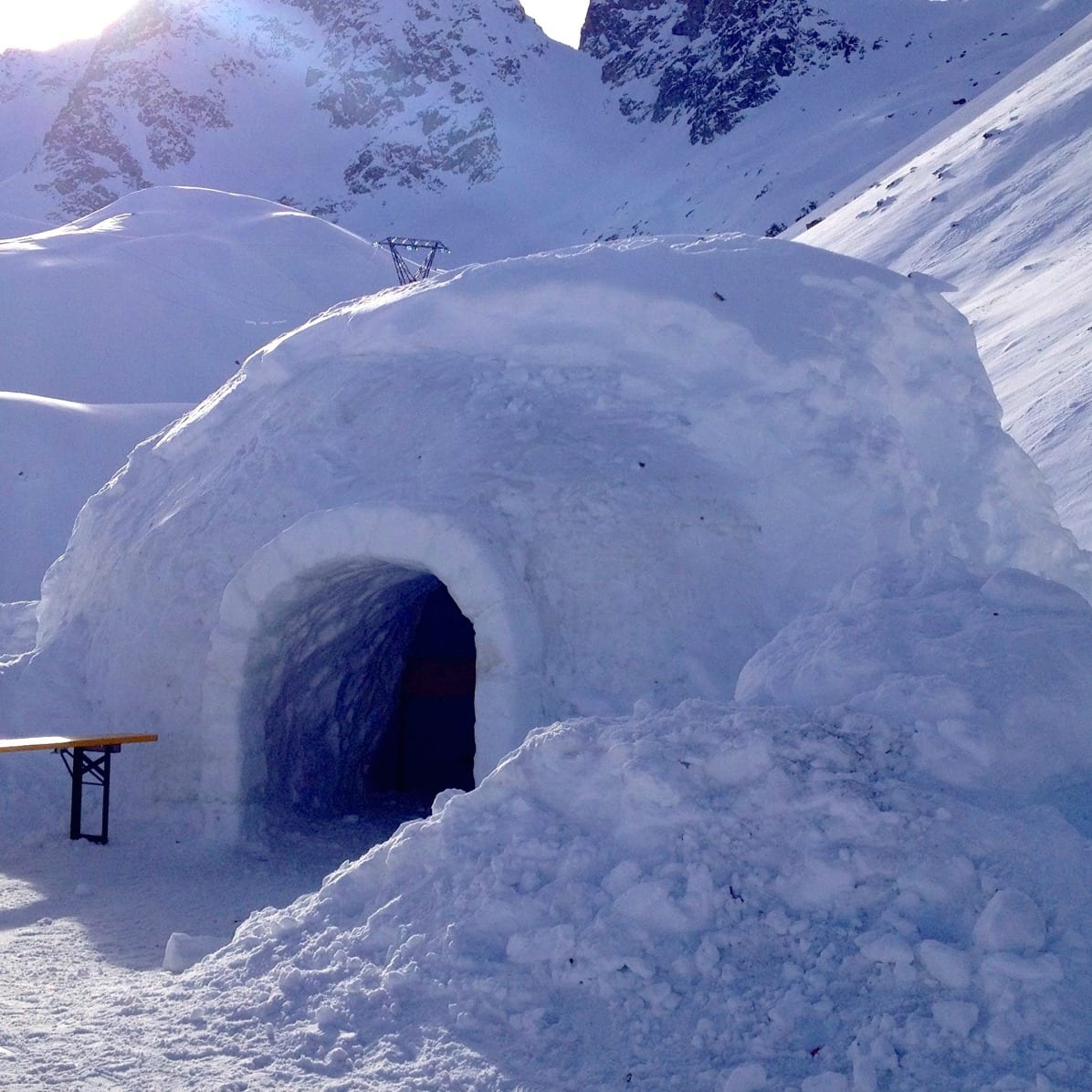 Feeling very self righteous on New Year’s Day we ventured out at around 10am to almost empty and perfectly groomed slopes.  No queues on the lifts, empty bars and restaurants and no queues for the toilets either, so worth going to bed just after midnight.

Our eldest daughter was nicknamed ‘Killer’ by our ski instructor Alex.  Coming down a long, red run, she was determined to keep in the ‘snake’ following Alex; so much so that she dared ski in between two people having a private lesson with another instructor almost taking them out one after the other and cut just short of skiing in front of the instructor.  Alex thought this was hilarious and told that she’d had a near miss, if she’d taken out the instructor she wouldn’t be alive now (!) and at the end of the day gave us all tips on what we needed to do – angulation (yeah, yeah, yeah, I know) and for Ellie – ‘don’t kill anyone’.

From then on he referred to her as ‘killer’ and it caught on.

New Year’s Day we decided to take it easy and venture up to the glacier for lunch to check out the runs.  Skiing down to the gondola a shout went out ‘hi Killer’, Ellie was recognised on the slopes by one of our ski school class.  In the restaurant at the top another shout of ‘Killer’ went up, another one of our ski school class …..this started the trend for the rest of the week.

There is a long, very slow and very cold two man chair lift at the glacier leading to to two ‘T’ bars which take you to the very top and a black and red run.  These are steep but lovely and wide, alas we didn’t do these as we had the younger ones with us and the chair lift was so cold and slow we’d had enough so came back down the red run to the restaurant and the gondola.  This is marked a red but our youngest on 4 days skiing managed it fine, it’s rather up and down so you have schuss a couple of steep bits to stop poling on the way up.  The black run from the gondola back down was one of those runs I would have done in my younger days but Ive got over those types of challenges and had the sense to take the lift back down again….we all did.

Later in the week we saw a blood wagon taking down some poor snowboarder just after the first couple of turns.  Being blood-wagonned off a mountain is hell but being taken down a very steep, narrow, long black in one is just not worth thinking about.  The two skiers who were taking him/her down were going very, very slowly, just hope they’re all OK.

The restaurant at the top is great, mixture of paninis and full on food, there is an igloo which turns into a champagne bar, unfortunately this wasn’t operating when we were up there, the kids loved going inside the igloo though.  There is also entertainment from the restaurant in the form of watching ice climbers.  Just across from the gondola station is an ice fall and both days climbers were scaling it, fascinating.